The incredible architecture of the city is not dominated by one period: it includes examples from medieval age through Renaissance splendour to bring us up to the futuristic newly built areas of the city. Milano is the only city in Italy to have an ever-changing skyline.

It boasts a unique artistic heritage. Over 2,500 years of history have bestowed a rich inheritance on the city, founded in 590 B.C., with archaeological remains, Roman basilicas, Paleochristian mosaics, gothic cathedrals, Art Nouveau monuments, and world-wide renowned museums preserving sculptures by Michelangelo and canvasses by Picasso.
Here, most of the famous monuments and fascinating tourist attractions can be reached within a short walking distance, although Milano can boast an efficient public transport system. 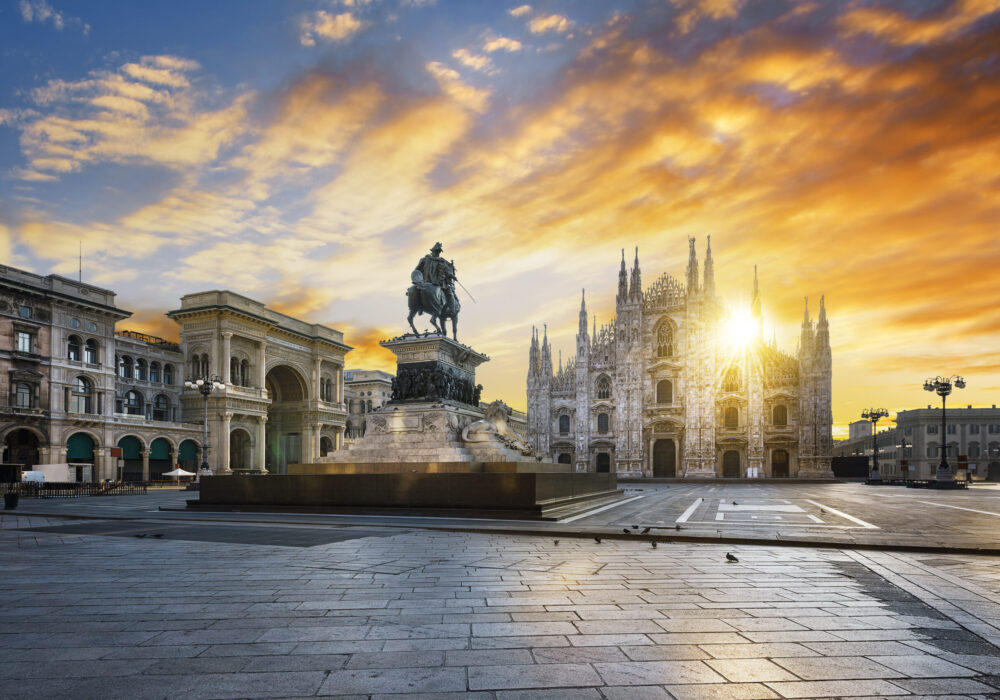 The Gothic cathedral, “Il Duomo,” the symbol of Milano, stands proud in the very heart of the city and the view from the rooftop spires is breath-taking and stretches to the Alps just north of the city. Entirely built in Candoglia marble, the cathedral was begun in 1386 and only finished centuries later, in 1965. The imposing structure, decorative sculptures and over 3,400 statues combine with magnificent windows for a dramatic overall effect. This huge and beautiful building is completed with 135 spires and crowned by the great tower topped with the famous Madonnina.
On the right side of the Cathedral, you can take a stroll into Italy’s oldest active shopping area, Galleria Vittorio Emanuele II, designed in 1861. The structure consists of two glass-vaulted arcades intersecting in an octagon covering the street connecting Piazza del Duomo to Piazza della Scala. The street is covered by an arching glass and cast-iron roof, a popular design for 19th century arcades. The central octagonal space is topped with a glass dome.

Milano is one of the most world-renowned centres for opera and ballet performed at Teatro alla Scala, whose first performance was held in 1778 and has since its opening been the temple of classical music and opera world-wide.
From here, a short walk to the Castello Sforzesco brings you to the second most important building in the city that tells the tale of the medieval dynasties that ruled and feuded in Lombardy and beyond.
Begun in the late 1400s, the Castle hosts several museums and many masterpieces.
Amongst these, the unfinished and fascinating Pietà Rondanini by Michelangelo, and a set of richly frescoed and decorated rooms; among them is the Sala delle Assi decorated by Leonardo da Vinci.
Not far from the Cathedral is the famous church Santa Maria delle Grazie, a church and Dominican convent and UNESCO World Heritage Site built in the late 1400s in Gothic style. The refectory of the convent contains the mural painting of the Last Supper (1495-1498) by Leonardo da Vinci. 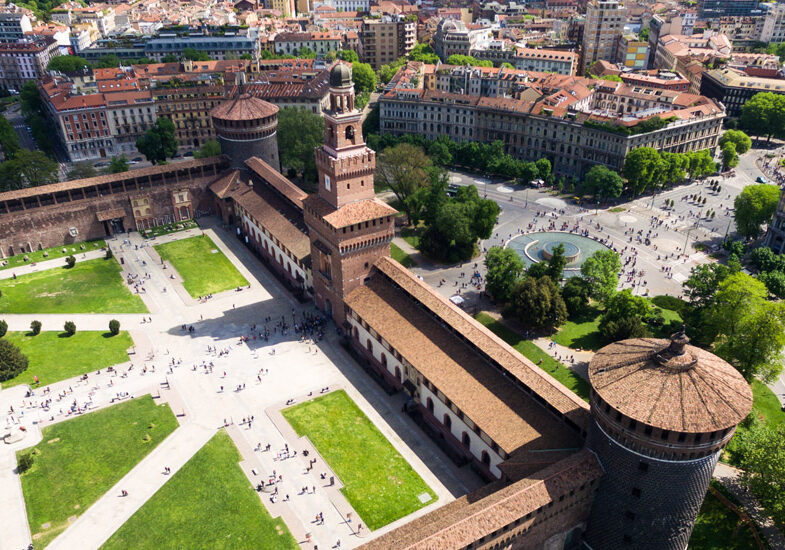 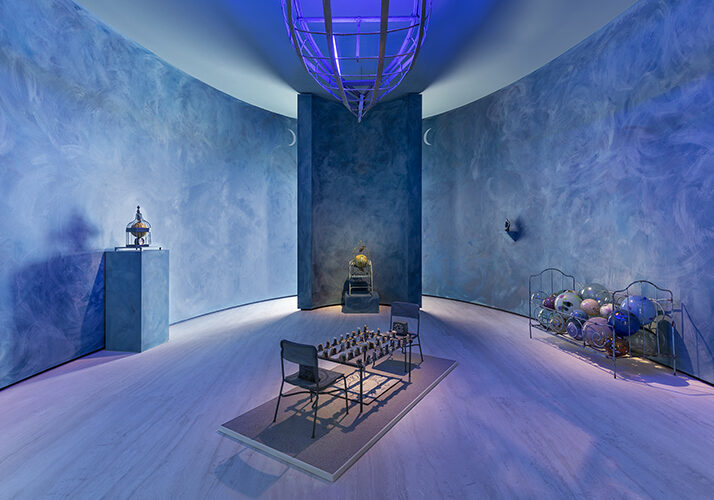 Milano was at the centre of some of Europe’s most historically significant art movements, from 14th century Gothic art under the Visconti family, to Futurism at the beginning of the 20th century, and this is reflected in the quality and variety of its museums and art galleries. Among them is the Pinacoteca di Brera, containing masterpieces by the greatest Italian painters from 14th to 20th century.
These include Piero della Francesca, Raffaello, Andrea Mantegna, Giovanni Bellini, Bramante, Caravaggio Francesco Hayez. The Museo del Novecento is in the heart of the city, and displays 20th century masterpieces by Umberto Boccioni, Vasilij Kandinsky, Paul Klee, Amedeo Modigliani, Piet Mondrian, and many others.
Moreover, there is the science and technology museum where the drawings and works by Leonardo da Vinci, considered one of the main representatives of the dialogue between scientific and humanistic disciplines, are displayed.
Among the newly founded museums there is Fondazione Prada displaying an unparalleled heritage of contemporary artworks. Its iconic gilded tower and the restaurant designed by Wim Wenders should be definitely included in any visitor’s bucket list.